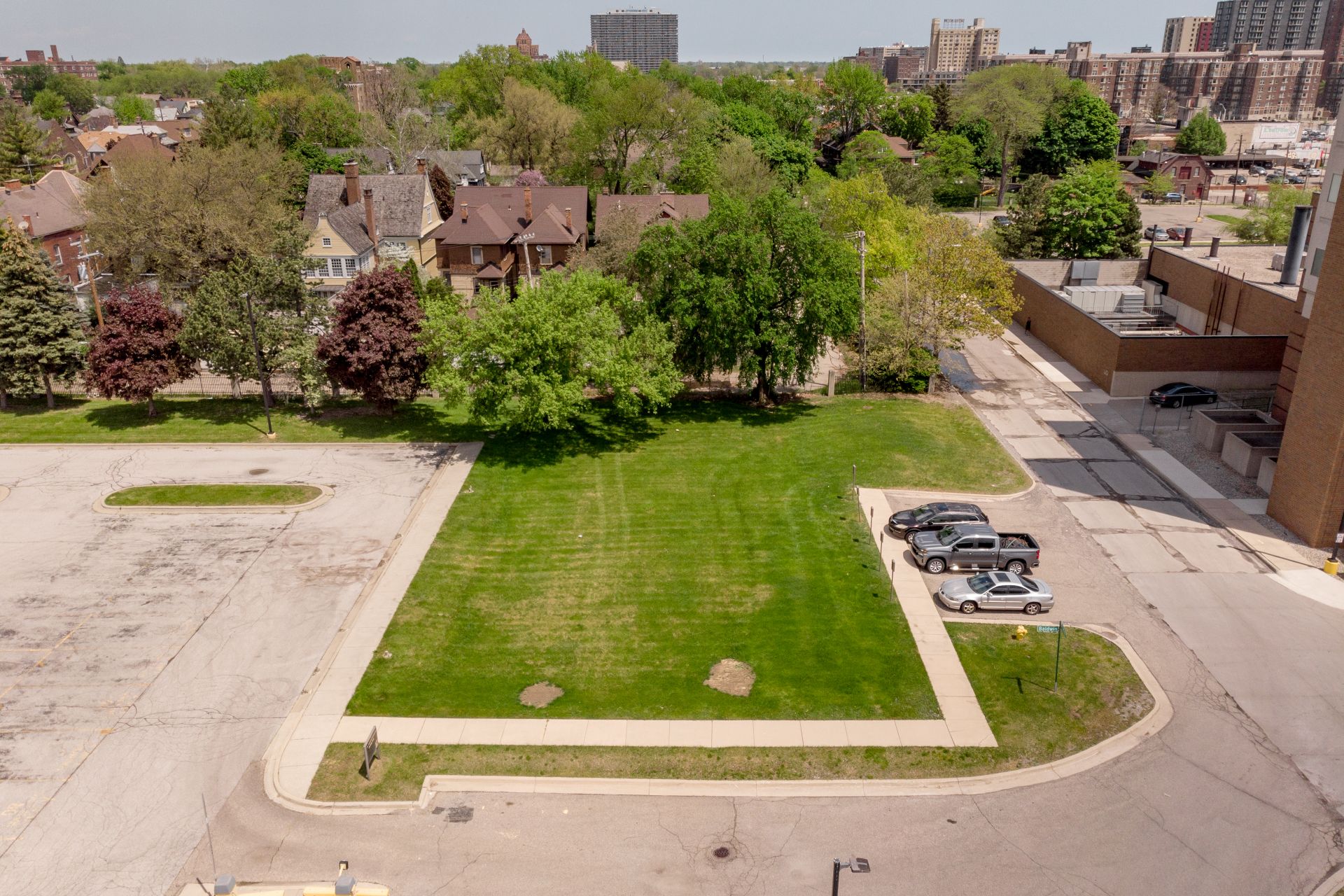 Many years ago, the local hospital organization that owned Riverview Hospital had grand plans to expand the facility. They aggressively purchased all the vacant lots and homes between Jefferson and Vernor and Baldwin and Sheridan. Local lore makes this single for-sale lot all the more interesting: The owner of 672 Baldwin had a falling out with the entity buying up the neighboring property in the area and refused to sell. She was the only owner who refused. The operators of the hospital complex purchased the rest of the neighborhood. They developed part of the site into medical offices and turned the rest into a sea of parking. A few years later, they ended up selling the entire facility. This is why there is a lonely 50-floor-wide lot with an almost out-of-place street sign and sidewalks outlining the dimensions on three sides. One cool feature is that it backs up to the usable alley that connects to Seyburn and the West Village Historic District. Today, new owners operate the hospital complex, and the sole owner of this property who held out for so many years has passed on. The estate is offering the property for sale and hoping it finds a new owner to care for it. 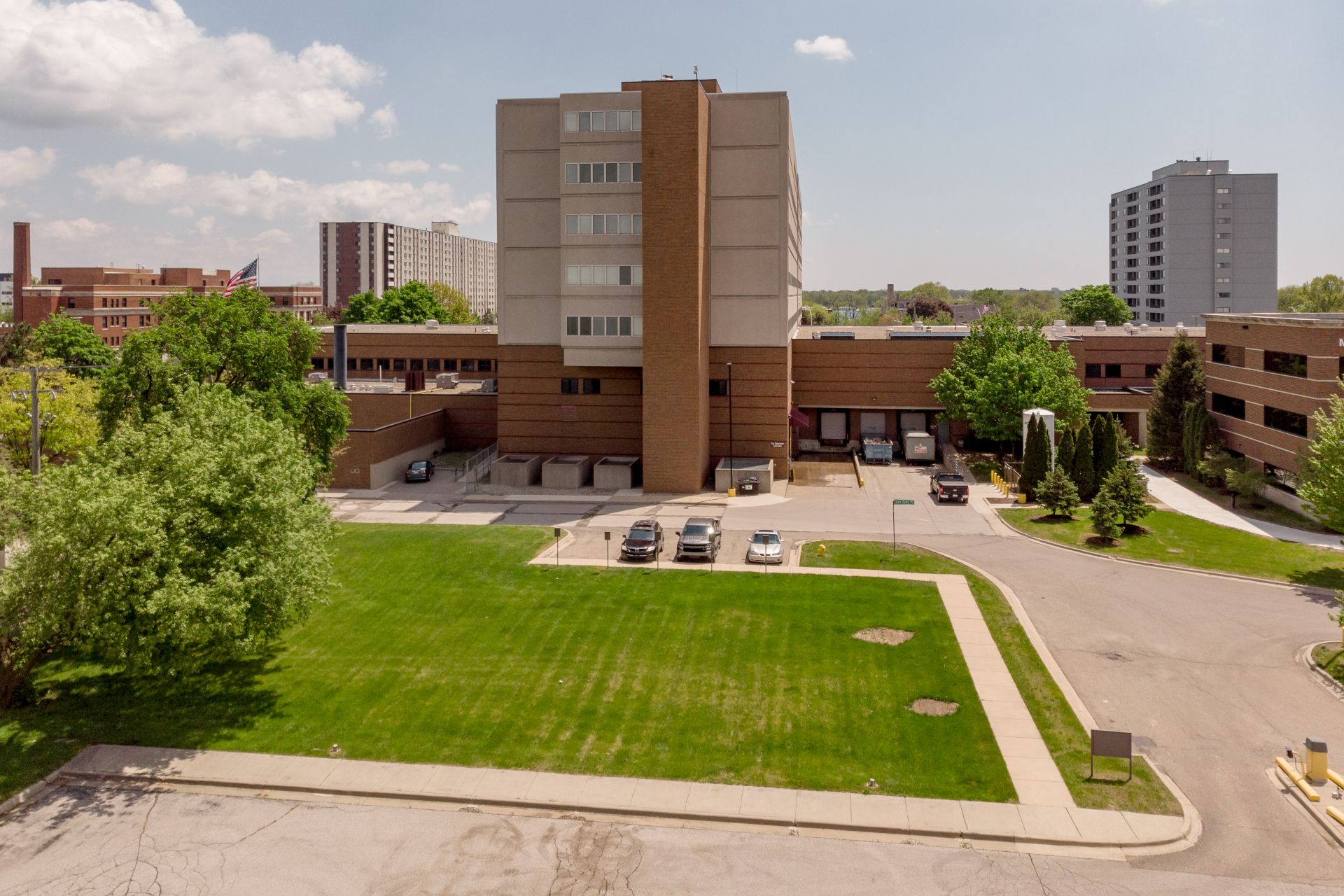 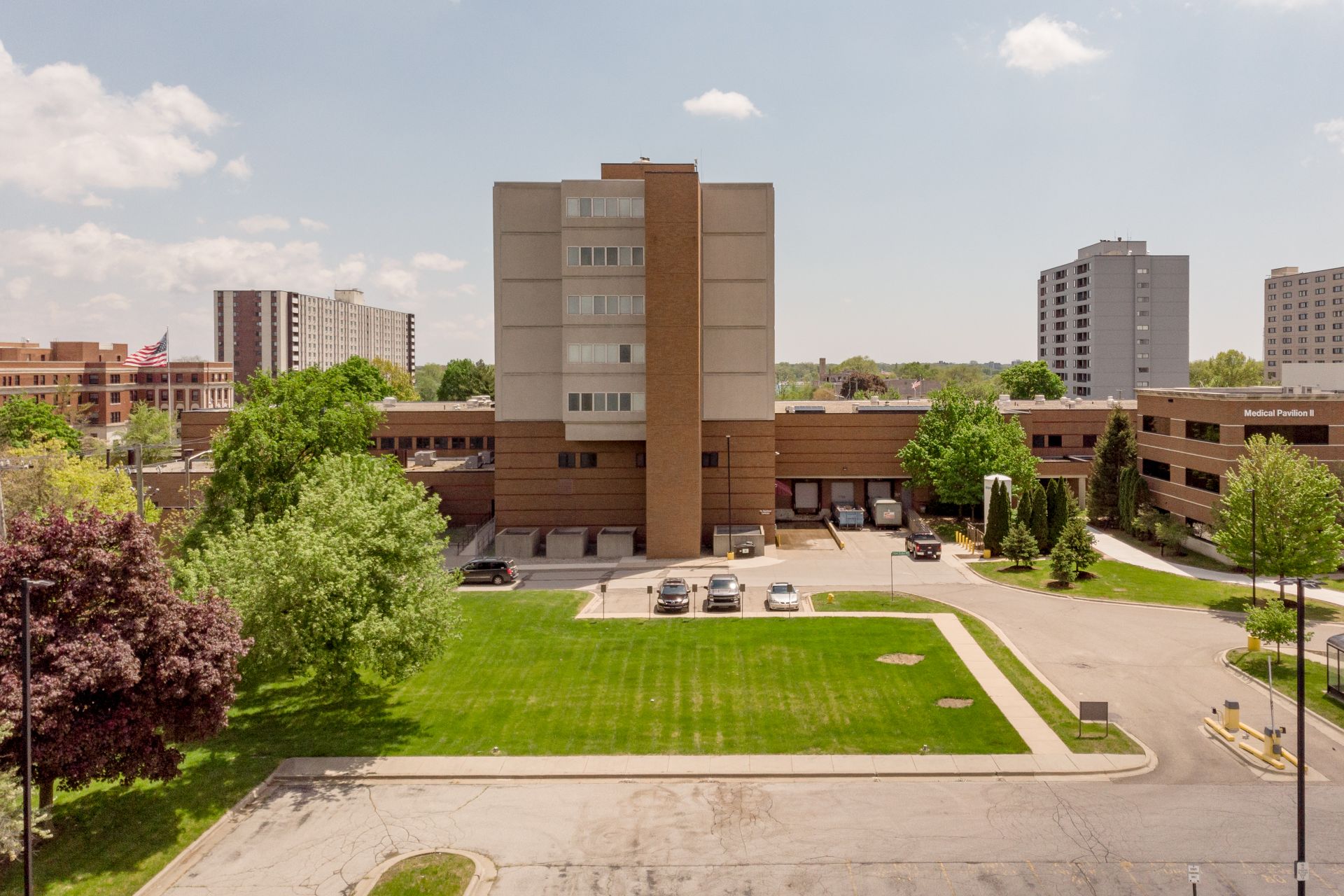 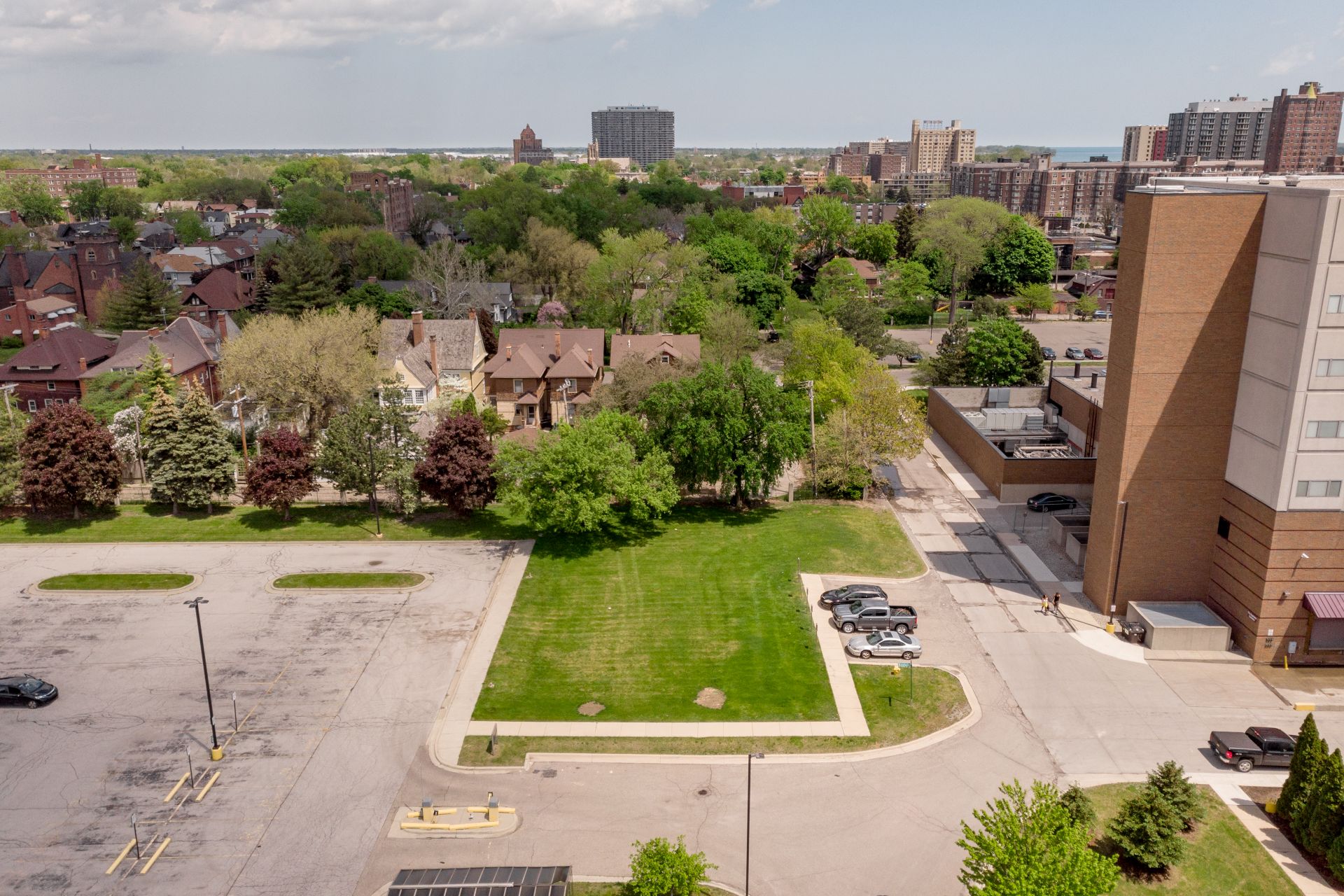 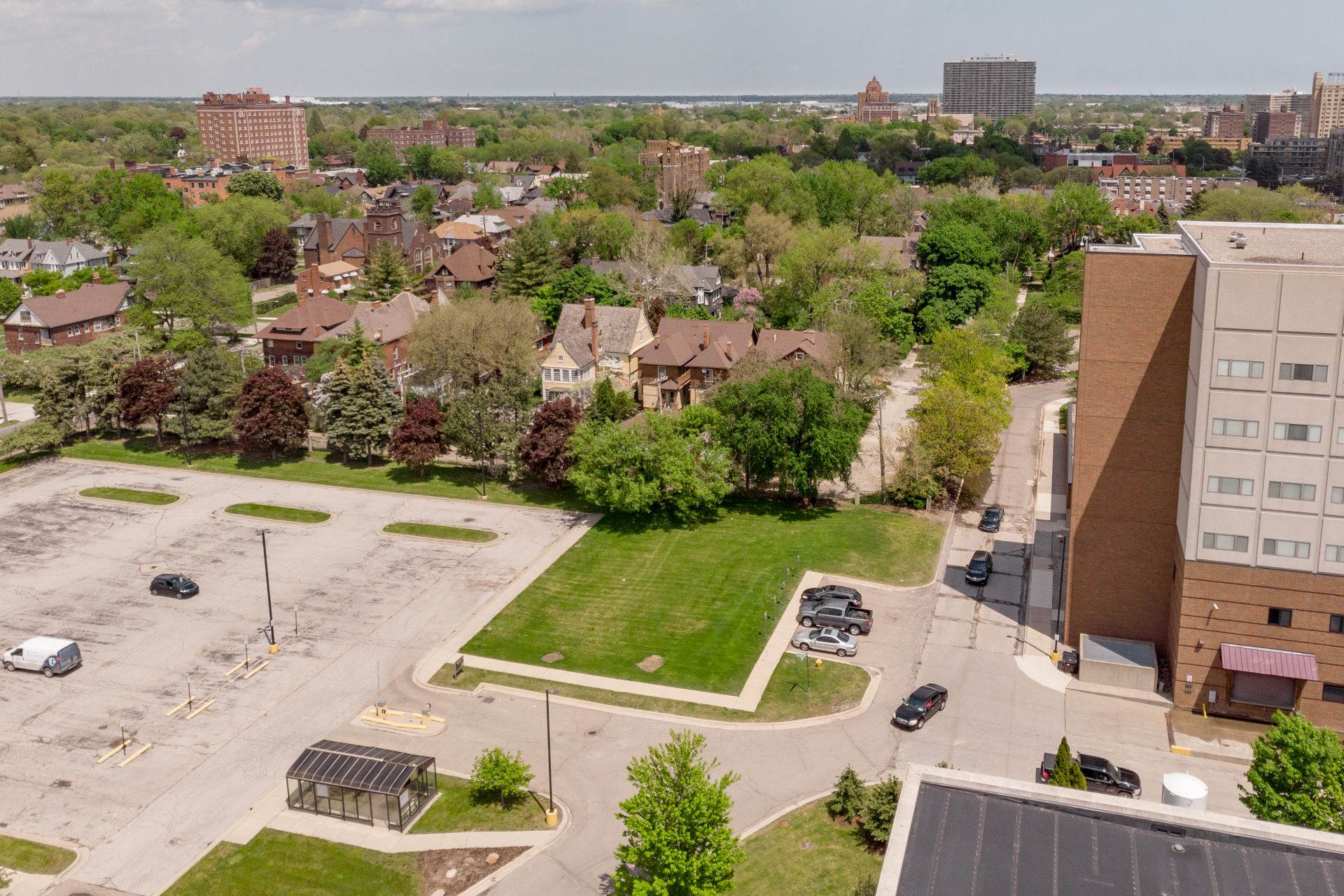