This remarkable and historic building is steeped in Detroit automotive history. It began as independent dealer Universal Motor Sales, seller of Chrysler Straight Eights and Graham Blue Streaks in the late 1920s and 1930s. In 1932, the Detroit Free Press called it “one of the finest sales and service establishments in Hamtramck.” By 1941, North East Cadillac, billing itself as “Michigan’s Largest Cadillac-Olds Dealer,” operated the premises. Prior to and during World War II the original core building was expanded to the west and south, and now housed the Dearborn Industrial Manufacturing Company and the Quick Tool & Gage Works, who advertised for “first class” tool and die makers and “A-1” workers. After the war, the building housed Dick Connell Chevrolet until the mid-1950s, and then Maurice Shore and his Shore Chevrolet dealership by the late 1950s and into the 1970s. Thousands of tons of American automotive steel have passed through these doors.

The core of the building, its oldest section, is at the northeast corner of McPherson and Joseph Campau. Ornamented with a fantastical arched brick detailing, it is an eclectic mix of 1920s Spanish Revival Architecture and Moorish influences, complete with narrow arrowslit windows, tile roof, and fanciful watchtowers. Along the principal Joseph Campau sidewalk, banks of showroom windows, currently closed with block, will invite visitors into the double-height showroom, a grand “front of house” space encircled by a second-floor “VIP” balcony. Although damaged by fire, this historic space still boasts original period details including stained glass, carved wood balustrades, and a polished quarry tile floor laid in a Roman pattern. The rest of this vast facility is robustly built to handle the demands of mid-20th century automobile sales and service, and can be outfitted to serve a variety of new uses. The wide, expansive service bays are free of interior columns, and feature exposed ceilings supported by massive steel girders framing the wooden roof decking. Steel sash windows are available to admit natural lighting. Two enormous truck doors, one along McPherson, and the other fronting a paved forecourt along Joseph Campau, provide efficient access. The unusual combination of a playful and beckoning public face, supported by roomy and well-lit industrial space, make this a truly special historic property. 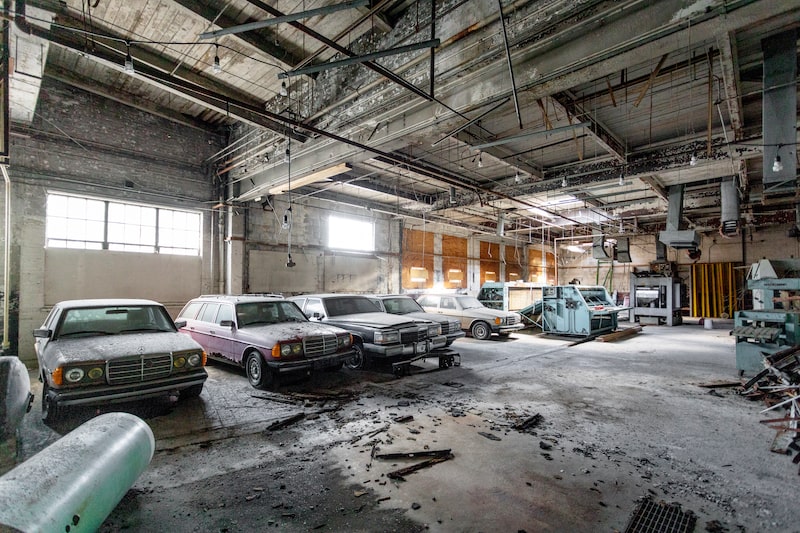 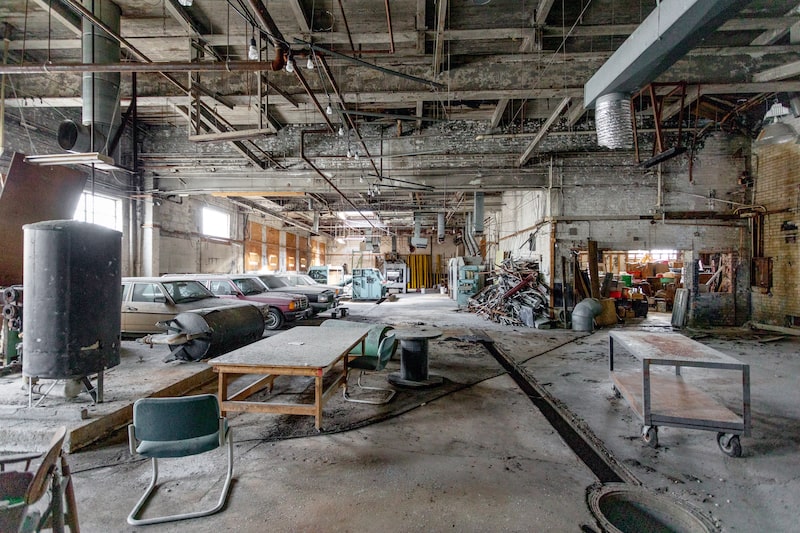 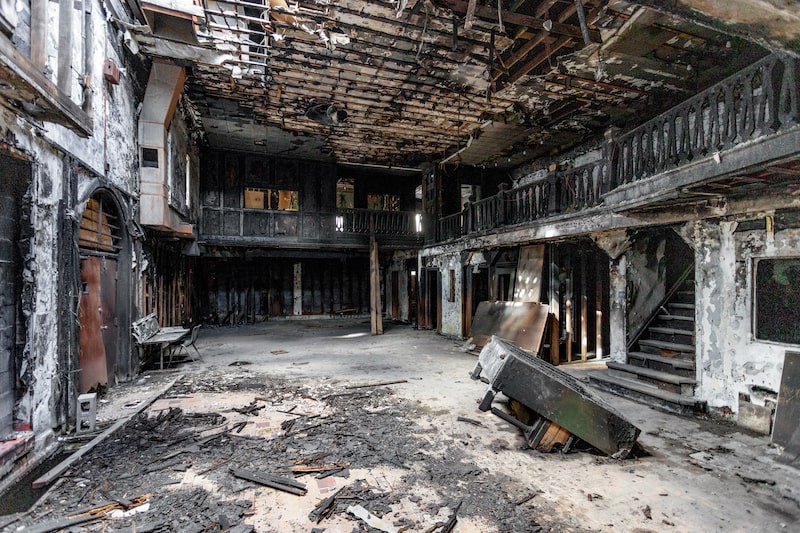