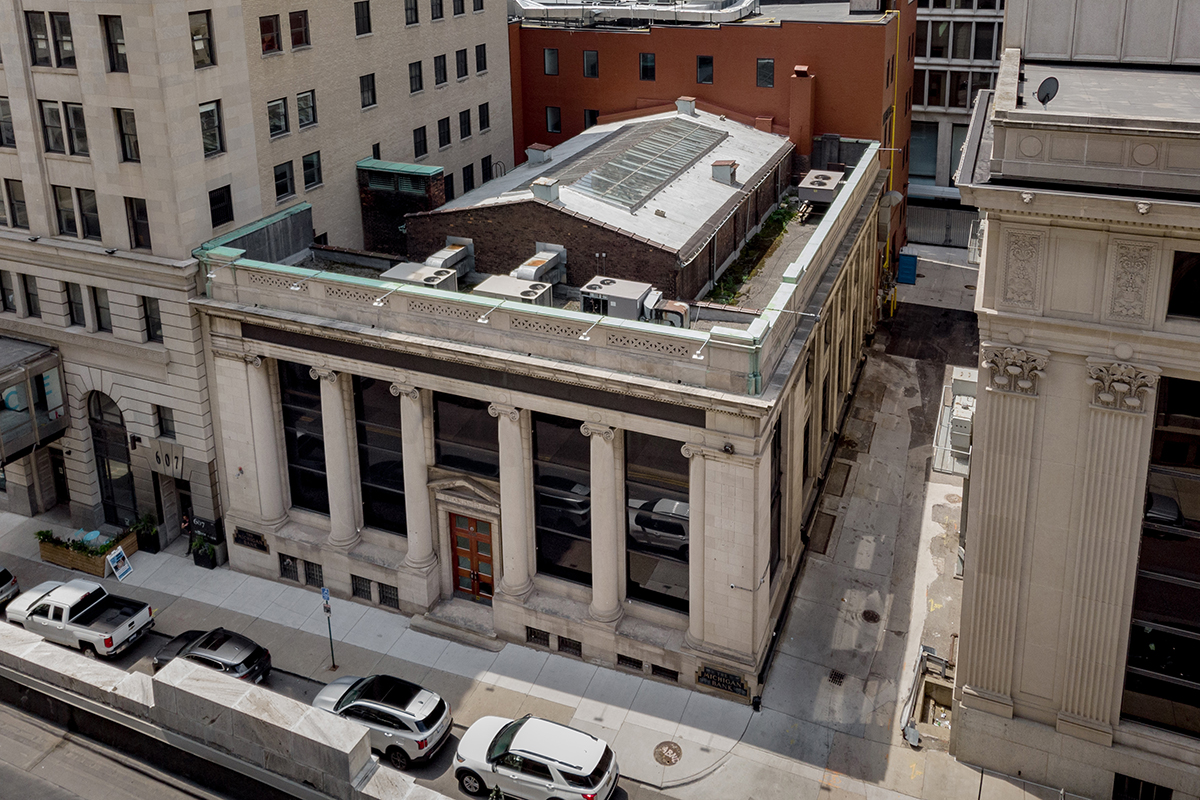 Built for the Detroit Fire & Marine Insurance Company, the two-story limestone and brick bank building was constructed in 1910 and designed by George D. Mason & Company. Located on Shelby Street in Downtown Detroit’s Central Business District, the building features four ionic columns and a half-column on each end with large floor-to-ceiling windows in-between. The main entrance is centered between the two central columns, while a horizontal lintel, cornice and balustrade span the top of the building along Shelby Street. The interior is finished with a bright white marble entry foyer and a gorgeous atrium skylight taking center stage with 30-foot ceilings and a second-floor wrap-around mezzanine. The building has a full basement, and surface lots and parking garages are nearby. The property is zoned B-5 (Major Business District). 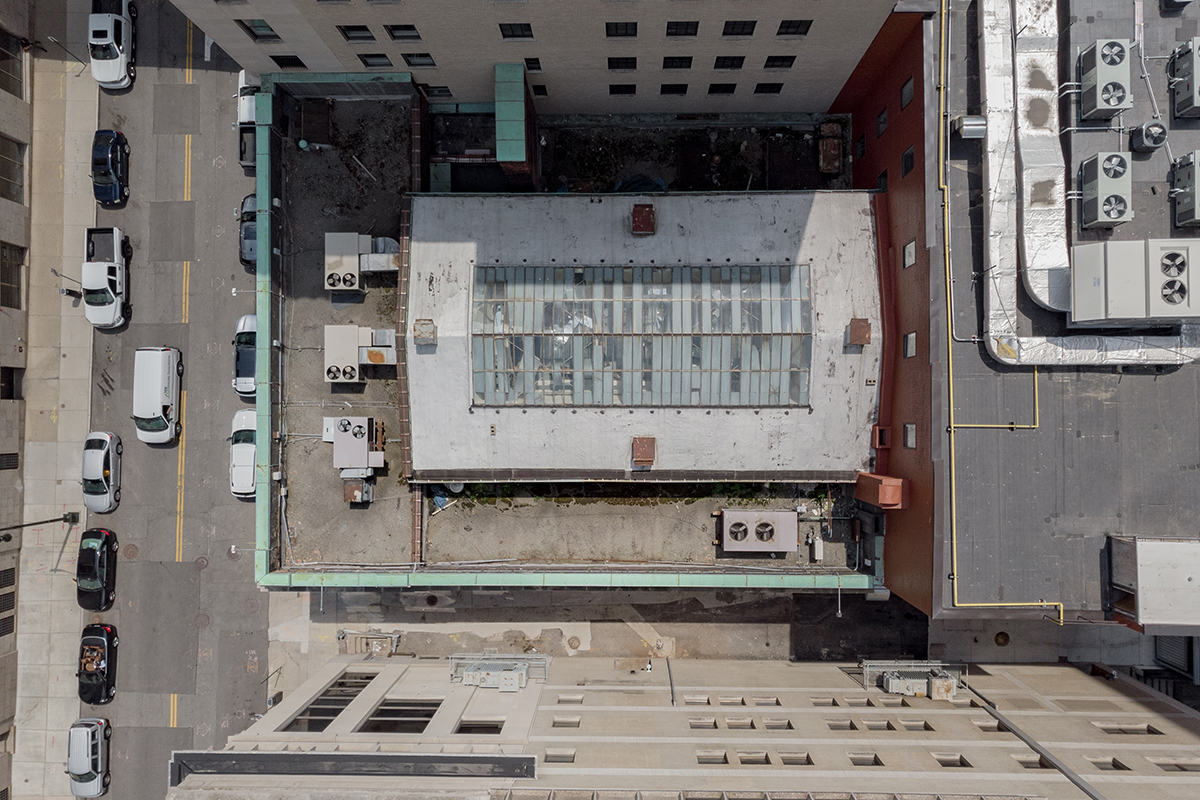 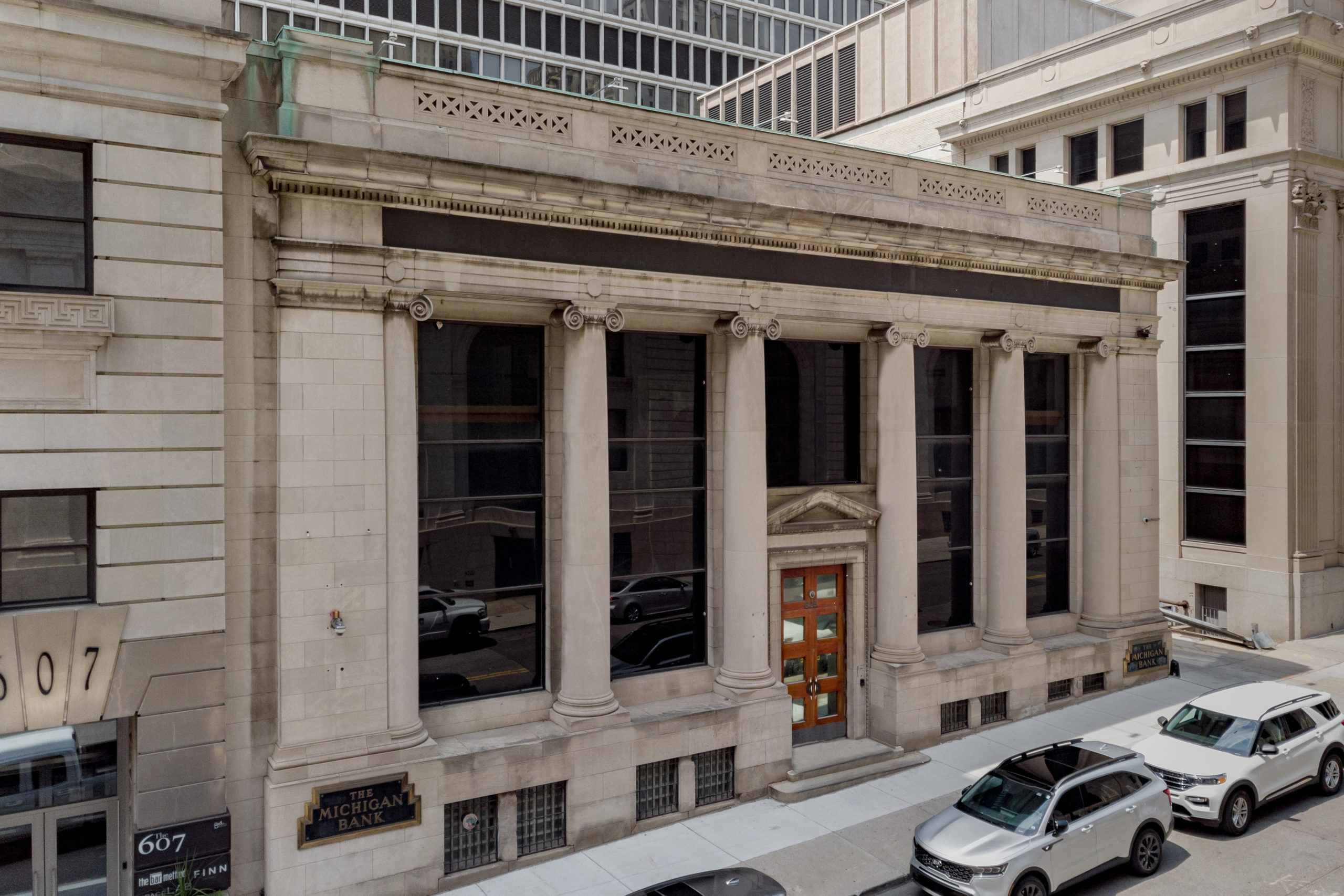 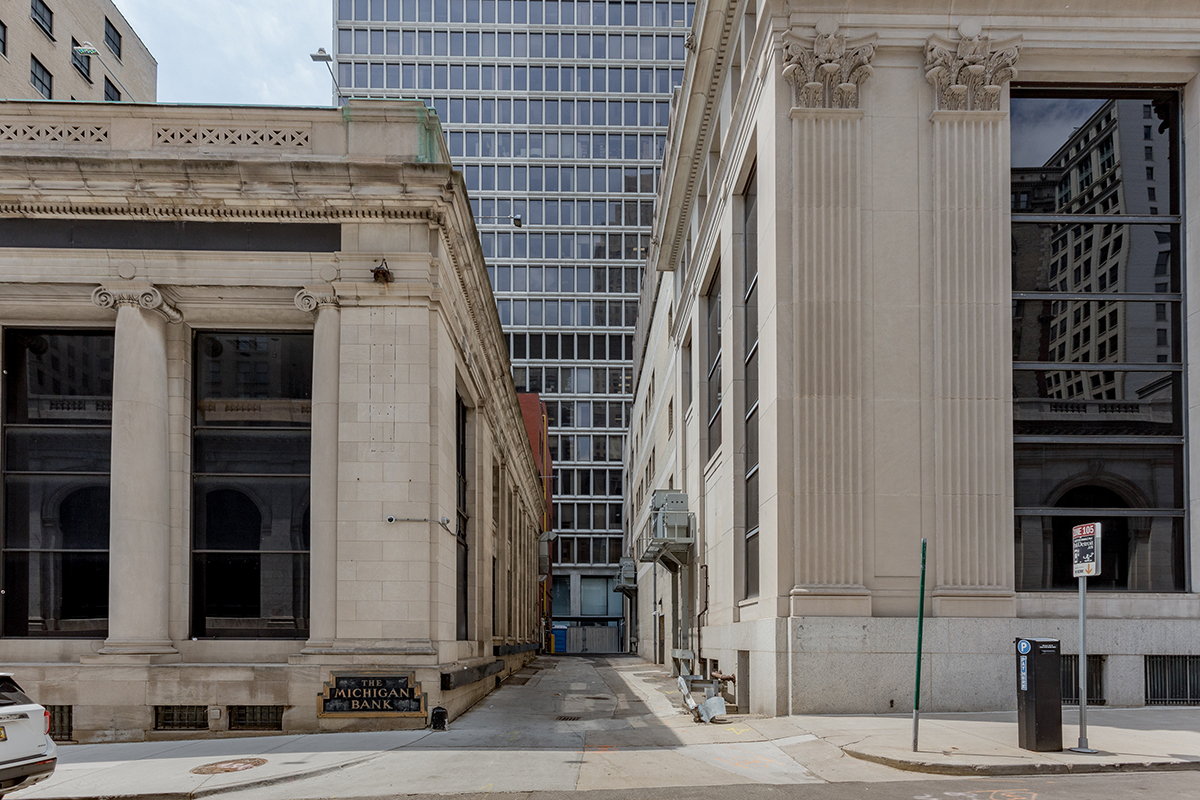 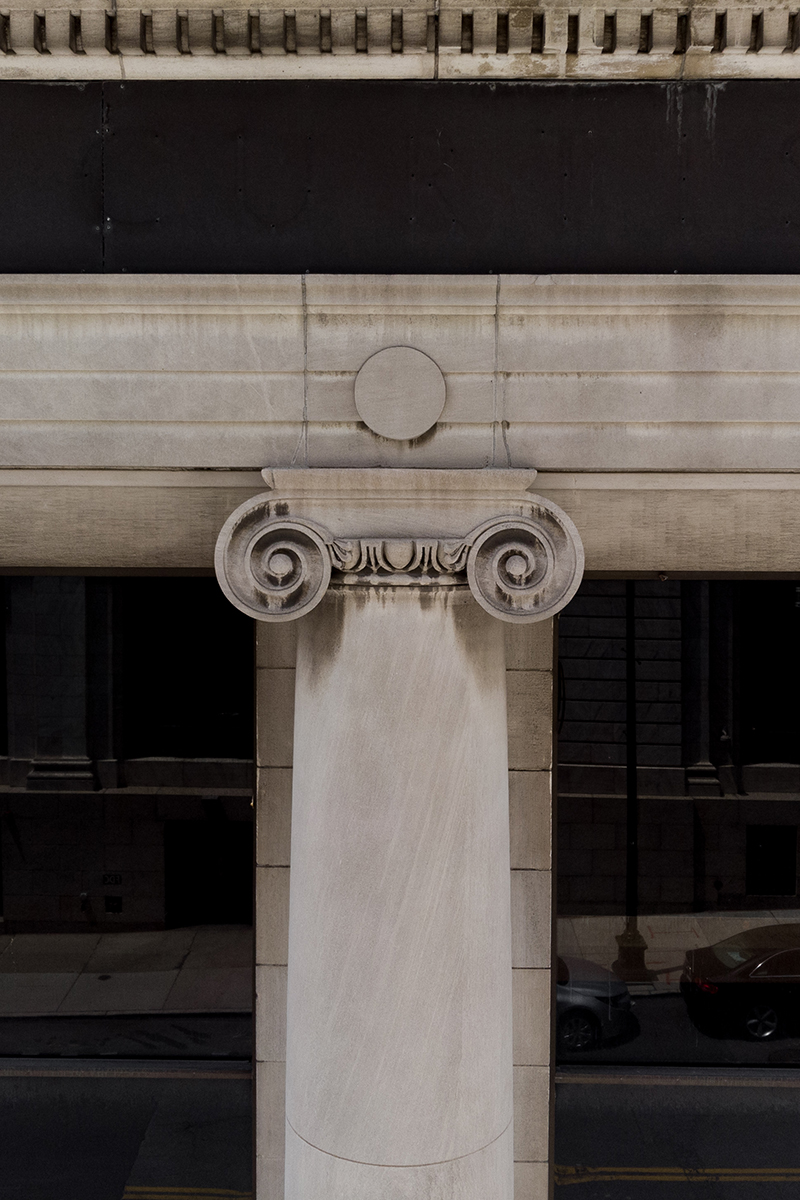 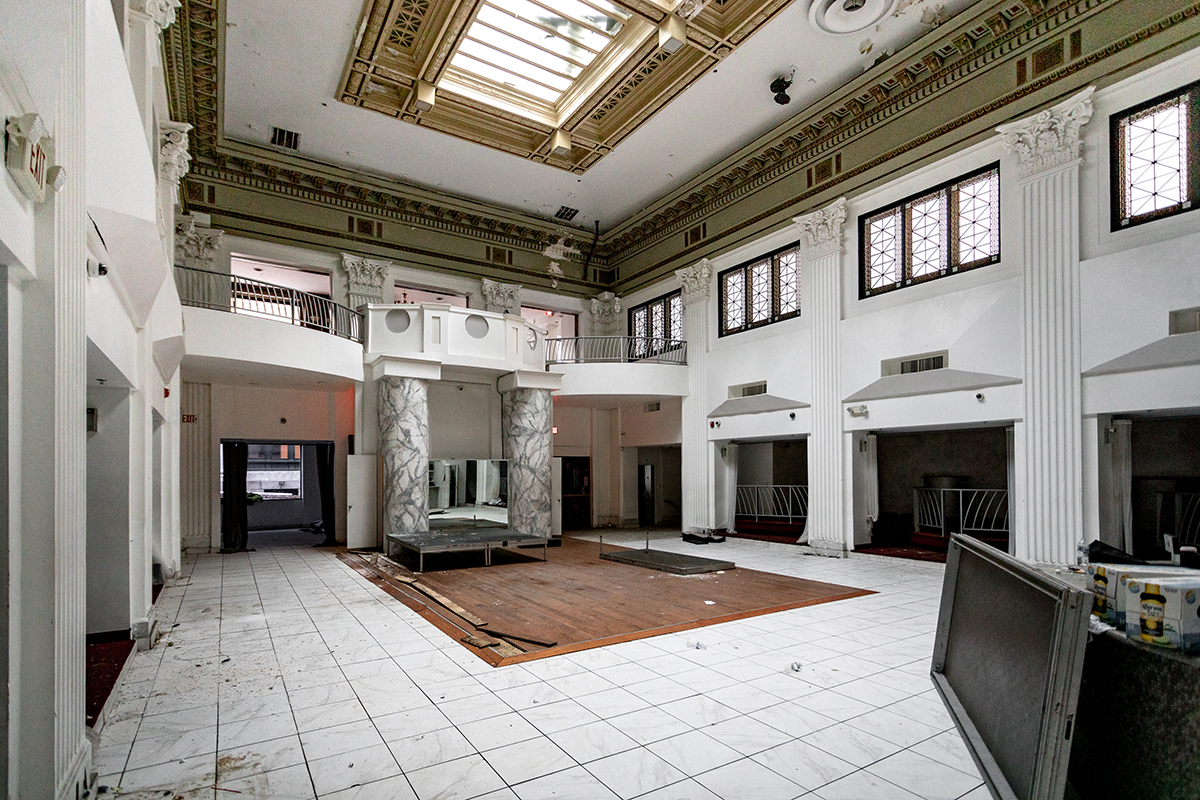 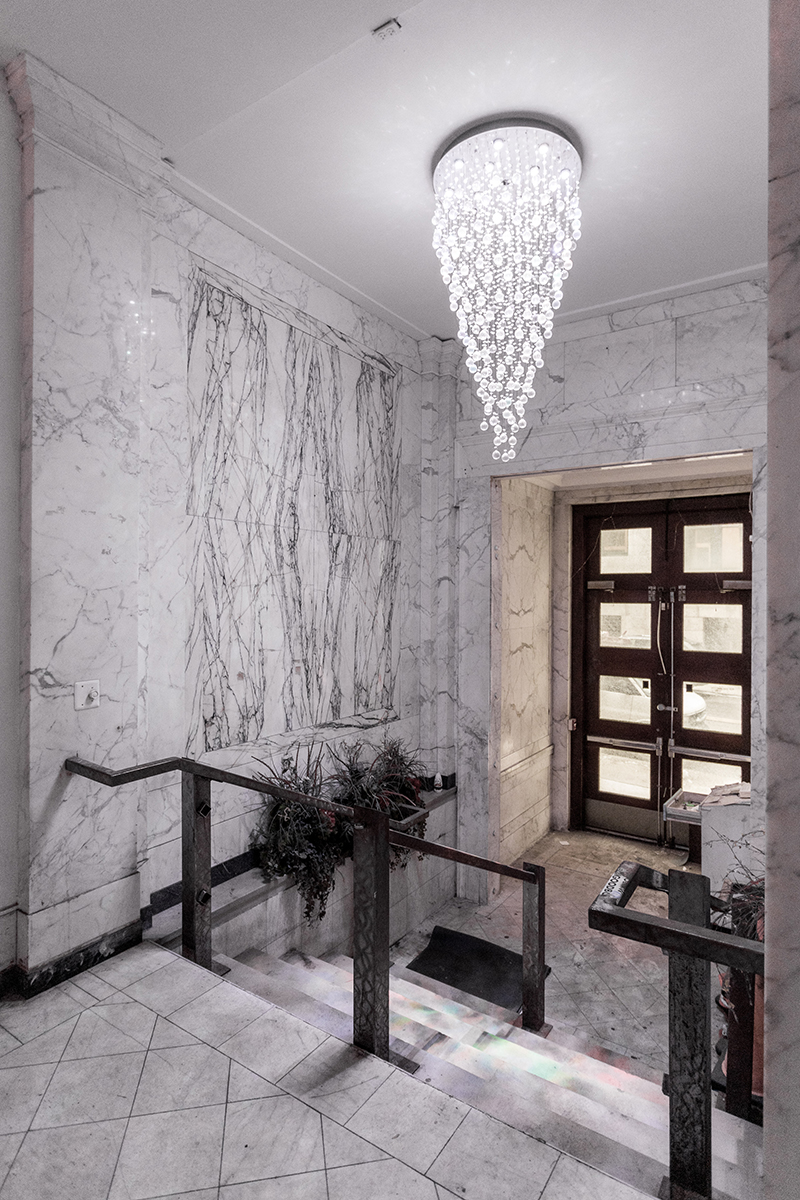 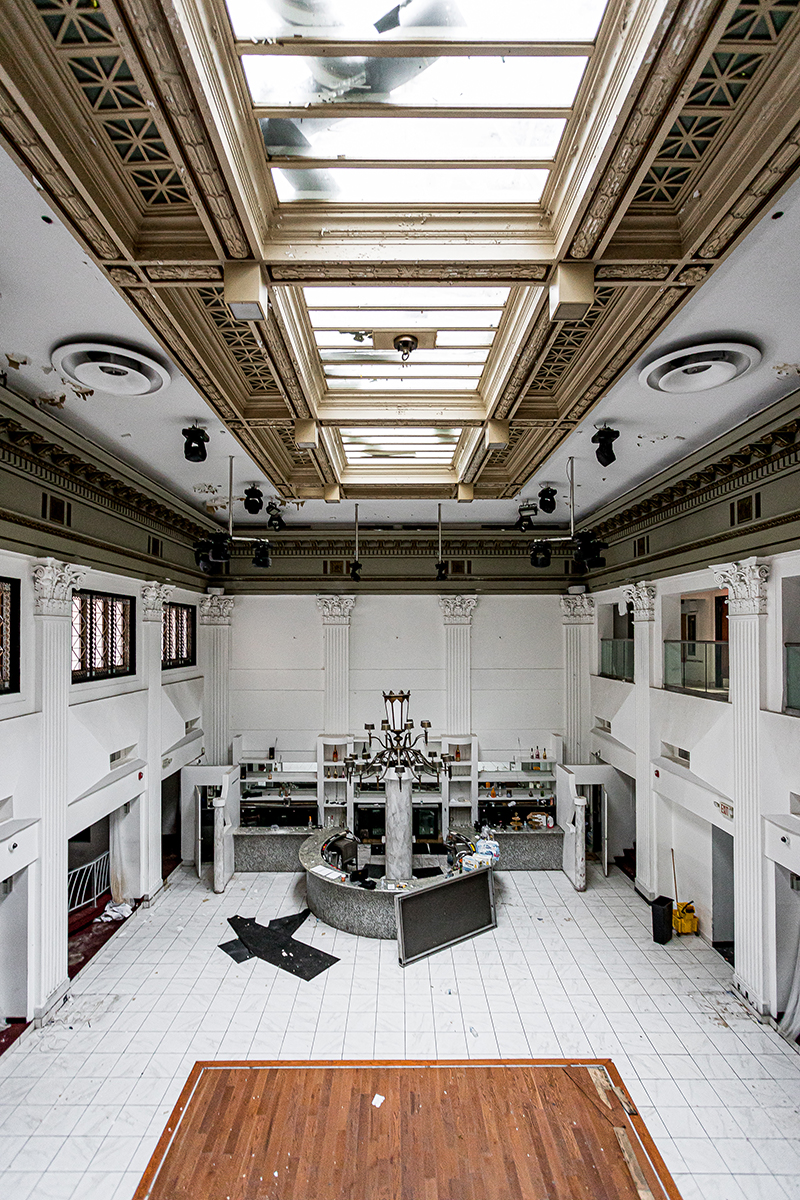